You can run in aid of Citizens Advice so we can help more people living in poverty through this financial crisis. We can offer you a free place in return for raising a minimum sponsorship of £400.00

The event is not your average half marathon! From cultural landmarks and heritage to the city’s quirky and hidden secrets, runner get to explore the capital on a route like no other! 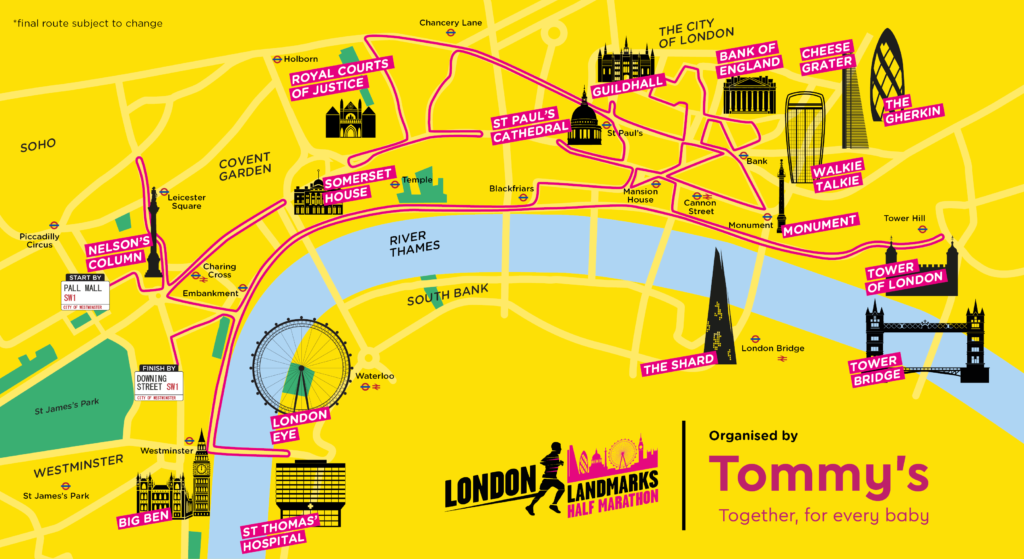 The 2022 event started on Pall Mall, finished by Downing Street and had fabulous views of London’s most iconic landmarks including Big Ben, St Paul’s Cathedral, Nelson’s Column, the Gherkin, the Shard, the Tower of London and the London Eye.

To book your place please contact our Head of Development, Anna Day on [email protected] or give her a call on 01494 328124 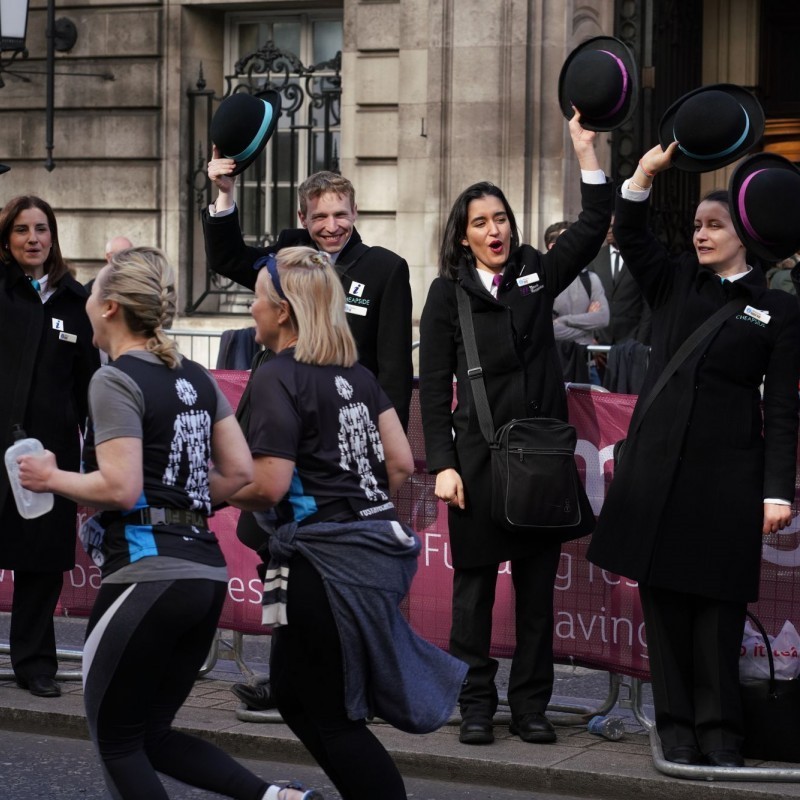 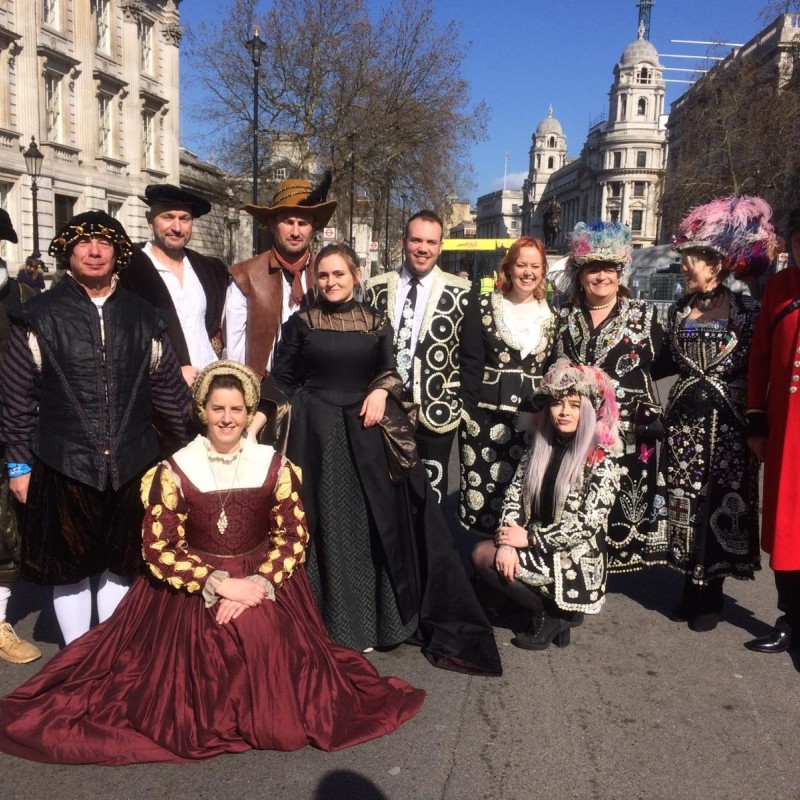 Here is a little peak into past year’s London Landmarks Half Marathons and what you can expect:

London Landmarks Half Marathon runners experienced a race start like no other! The bowler hat was created at Lock & Co, which is located just a few yards from the 2022 race start. To celebrate this quirky fact our troop of bowler hatted volunteers waved our runners off in true London style.

Joined by the London Show Choir, we celebrated the best of the West End! Did you spot your favourite characters from the stage cheering you on from the side-lines?

Runners ran past some fantastic heritage postal vans! The Post Office Vehicle Club helped us reveal the fascinating stories behind London’s postal history, and The Noteables Choir kept everyone entertained.

The Bow Bells of nursery rhyme fame rang to celebrate the event and showcase St Mary-Le-Bow Church. This really was a spine-tingling moment on route!

Gladiator fighting, centurion drilling and plenty of fun celebrating Londinium life in Roman times were had at our Roman Reception! Did you grab a selfie with a gladiator?

In partnership with the iconic Tower of London, we celebrated its fascinating history and connections to the Royal Family, as well as hosting our very own Royal Street Party. You might have spotted Anne Boleyn or heard our Royal Fanfare!

Our Suffragists were on the route campaigning for Votes for Women and cheering on runners.

Ever wondered where London’s oldest shop is? Or wanted to discover London’s Roman remains? Our signs pointed out London’s fascinating history and helped runners discover its quirky and hidden secrets.

Runners were cheered over the Finish Line by some of London’s most famous historic characters and present day iconic residents. Queen Victoria, Shakespeare and Henry VIII could all be found alongside the fantastic Pearly Kings and Queens and The Chelsea Pensioners 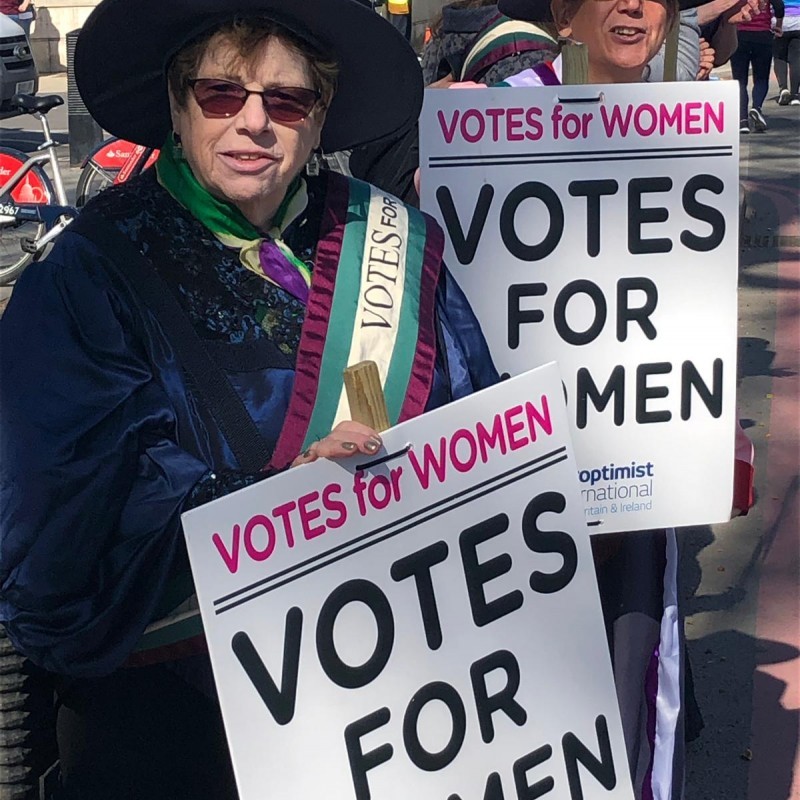 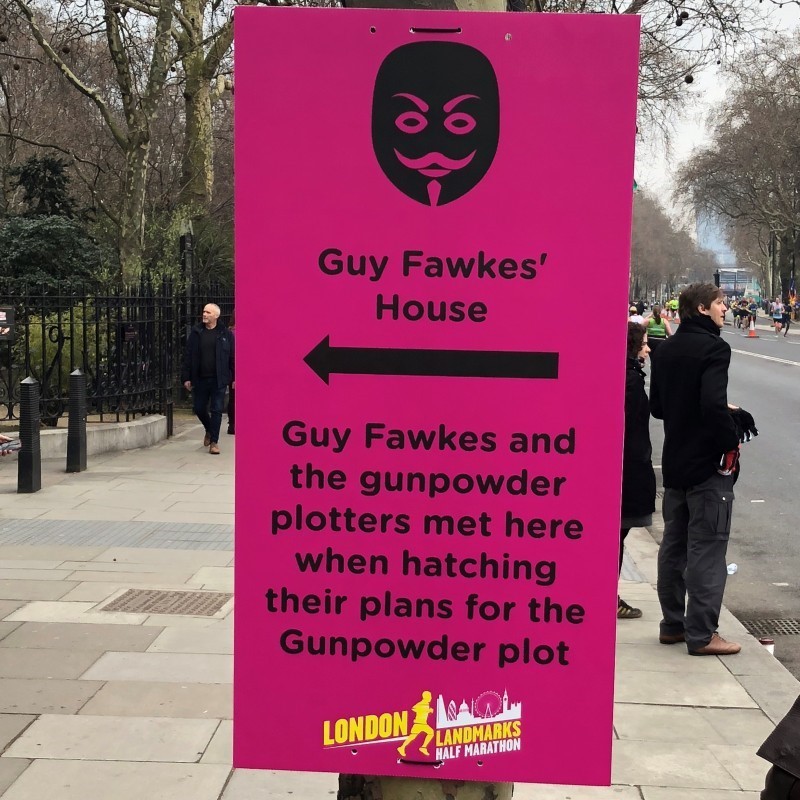 We use cookies on our website to give you the most relevant experience by remembering your preferences and repeat visits. By clicking “Accept”, you consent to the use of ALL the cookies. However you may visit Cookie Settings to provide a controlled consent.
Cookie settingsACCEPT
Manage consent

This website uses cookies to improve your experience while you navigate through the website. Out of these cookies, the cookies that are categorized as necessary are stored on your browser as they are essential for the working of basic functionalities of the website. We also use third-party cookies that help us analyze and understand how you use this website. These cookies will be stored in your browser only with your consent. You also have the option to opt-out of these cookies. But opting out of some of these cookies may have an effect on your browsing experience.
Necessary Always Enabled
Necessary cookies are absolutely essential for the website to function properly. This category only includes cookies that ensures basic functionalities and security features of the website. These cookies do not store any personal information.
Non Necessary
Any cookies that may not be particularly necessary for the website to function and is used specifically to collect user personal data via analytics, ads, other embedded contents are termed as non-necessary cookies. It is mandatory to procure user consent prior to running these cookies on your website.
Save & Accept
Powered by